[…] and popular consultations  whether for unity or separation,” he said. He added, “The global Church must stand united in support of our brothers and sisters who daily witness to faith in Jesus Christ whilst suffering to do so. If this does not happen then Christianity in northern Sudan has the most uncertain future […] 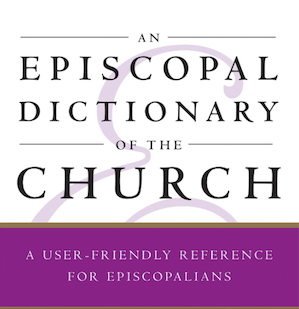 for the Evening, An" />
Glossary

Order of Worship for the Evening, An

[…] an agap' meal. Although this service continued in Eastern Orthodoxy, it disappeared in much of western Christianity as the monastic hours of prayer replaced the ancient congregational daily services (also known as cathedral offices). The 1979 BCP is the first Prayer Book to include this service. At the opening of An Order of Worship […] 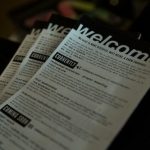 […] days of prayer leading up to and encompassing the 80th General Convention in Baltimore, Maryland. “A Season of Prayer for Revival”—from June 12 through July 11—will feature daily prayers drawn from the Book of Common Prayer. Individuals can sign up online (iam.ec/soprsignup) to receive the prayers and inspirational messages via email. The prayers will […] 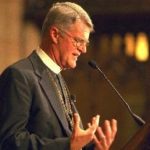 Making room for the unexpected: The deep yearning of the Advent season

[…] Godâs embodiment and therefore Theotokos: God-bearer. Life as she had known it and what seemed to be its predictable course â a wedding, a family and the daily and seasonal rhythms of Nazareth â were turned upside down and thrown into confusion. The crooked ways of God overtook human logic, and if it had […]

Lenten resources for a spirit-filled season

[…] links, videos, social media, bulletin inserts, and more for all ages to participate in and experience a spirit-filled Lenten season.    Go! Centering on the theme Go!, daily reflections on a scripture verse containing the word go will be available here and on Facebook here The reflections, prepared by many authors, will be personal stories, […]

[…] our attention on repentance. Gathering to pray will anchor us for the days ahead. Our Lenten prayers in our homes and our churches can be weekly and daily, individual and corporate, personal and public. As we pray, let us also discern what our best responses should be in such a time as this. It […]

[…] a time of reflection and preparation. Throughout Advent, the Domestic and Foreign Missionary Society website and social media venues of Facebook, Twitter and Instagram will be based on daily themes highlighting cultural practices and traditions of the season. Each day, beginning on the First Sunday of Advent (November 29) through Christmas Day (December  25), history/information, […]

[…] The Way of Love with Bishop Michael Curry, is now available. In this episode, Bishop Curry talks with Kory Caudill and Wordsmith, two musicians supporting the Concert for the Human Family series – a project in collaboration with The Episcopal Church’s Becoming Beloved Community initiative, which seeks to build a world where all people […]

[…] seven practices of turning, learning, praying, worshipping, blessing, going, and resting – listeners will hear stories and lessons about how they can grow closer to God in daily life. This season of the Way of Love podcast is sponsored by Church Pension Group, a financial services organization providing employee benefits, property and casualty insurance, […]

For the eighth year, #AdventWord will gather prayers via a global, online Advent calendar. Forward Movement, the new home of AdventWord, will offer 28 daily meditations and images during this holy season beginning Sunday, November 28.

[…] vision is “to develop a deeper understanding of the Bible and to foster spiritual growth by applying the understanding gained from lectionary readings into the context of daily life.” The readings for the week of April 19-25, the Fourth Sunday of Easter (commonly known as Good Shepherd Sunday) are Acts 9:36-43; Psalm 23; Revelation […]

Lent 2020: A Call to Prayer, Fasting, and Repentance Leading to Action

[…] Repentance that Leads to Action.” We invite individuals, clergy, national churches, and local congregations into a Lenten season of prayer, fasting, and repentance built around practices of daily prayer, weekly fasting, and reflection with spiritual discernment that can lead to more faithful action. We covenant together to repent from both our personal and social […]

Preparing to Become the Beloved Community curriculum revised for Advent 2020

An office hymn has formed a part of the Daily Offices of western Christians since the time of St. Ambrose in the fourth century. Ambrose is credited with beginning the practice of singing hymns in his cathedral, and the earliest surviving Latin office hymns are attributed to him. The office hymns at noonday and […] 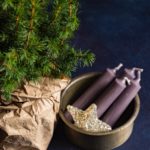 […] The Church for the 21st Century, with a focus on The Gift of Episcope/El Don el Episopado. The schedule calls for prayer-filled sessions, and bishops participate in daily Bible study, reflection and worship.Morning Prayer was officiated by HOB chaplain the Rev. Simon Bautista of Washington, D.C.   www.edow.orgThe morning hours were devoted to retreat, prayer, […]

[…] Gospel of Luke and Acts of the Apostles. Starting on February 11, follow the reading outline. Check out the resources   Listen to a podcast. Download a daily item. Reflect on a Scripture verse. Read a blog or two. Watch videos. Create artful responses to the readings  Consider a theological reflection. Utilize the study […]