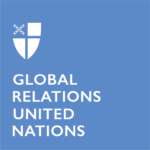 Bankrupting the Business of Human Trafficking

Presiding Bishop Curry on Human Trafficking: “Trafficking in persons is a crime that goes against the most basic tenets of our faith” 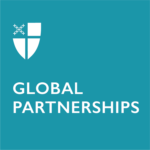 Education about Human Trafficking: The Diocese of New York and the GIFT Box

Human trafficking is a global scourge affecting The Episcopal Church and all member provinces of the Anglican Communion. Countering this criminal phenomenon has been a mission priority for The Episcopal Church for decades, with General Convention passing resolutions and policies on human trafficking even as the United Nations was developing its global international legal framework […]

Today, January 11th, is “Human Trafficking Awareness Day” (nationally recognized and declared by the United States Congress). Since the term “human trafficking” was originally coined in 2000, this form of “modern day slavery” continues to rise. Human trafficking for labor, and for sex, is continually on the rise and is now considered the second largest […] 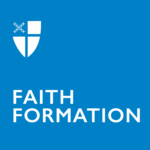 What Can You Do to Stop Human Trafficking?

This article caught my attention recently: Iowa mom warns of sex trafficking. The situation of this child – and others like her – is heartbreaking. And the mother’s patience and unconditional love is remarkable. Yet, it is only the beginning of what needs to be done to counteract the damages of this insidious world of trafficking. […]

Participate in the Presiding Bishop's online forum on Human Trafficking

This information went out via press release last week but I wanted to reprint it here for emphasis. As you probably know, I believe this is the important type of work that church communities – especially adult education programs – can be involved in. On Wednesday, March 6, Episcopal Church Presiding Bishop Katharine Jefferts Schori […]

Resources on bringing an end to human trafficking now online

In my previous post I mentioned that resources to support your efforts to stop human trafficking would be online soon. They were posted here today: http://www.episcopalchurch.org/page/human-trafficking. This is important work. I hope that you and your faith community will engage this  issue.

Watch the video from Wednesday's Churchwide Conversation on Human Trafficking

The video for Human Trafficking: A Churchwide Conversation, the March 6 forum hosted by Episcopal Church Presiding Bishop Katharine Jefferts Schori, is now available to watch online. The hour-long Human Trafficking: A Churchwide Conversation originated from the Chapel of Christ the Lord in the Church Center in New York City and featured Presiding Bishop Jefferts Schori’s […]

In case you haven’t seen it, there’s an article in yesterday’s Washington Post about the White House advisory council of religious leaders calling for new measures to end human trafficking worldwide. Their 36-page report, which was released April 10, calls for a global fund to address human trafficking and urged a new labeling system to help […] 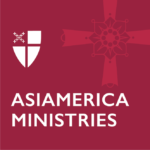 Focusing on the need to build awareness about the crime of human trafficking, the public is invited to an Episcopal Church event, Summit on Human Trafficking: Mobilizing Communities against Modern Day Slavery on May 10 at St. James Episcopal Church, 84-07 Broadway, Elmhurst, NY. Sponsored by the Episcopal Church Asiamerica Ministries and the National Alliance […]

For many of us, this Sunday’s Super Bowl represents a few hours of reprieve from work, responsibilities, and perhaps even diets, as we settle on the couch with friends and family to watch one of our nation’s most-celebrated sporting events. Tragically, perpetrators of the abhorrent and licentious criminal industry of human trafficking have seized on […]

EPPN Alert: It is Time to End Human Trafficking

To fight domestic child sex trafficking is to recognize "the spark of divinity that is in every person," Democrat Leader Nancy Pelosi announced as she signed the "Our Daughters are Not for Sale Proclamation" and denounced the scourge of buying and selling American children for sex and labor. Leader Pelosi was joined by Republican and […]

This Lent, we are committed to reflecting upon and transforming our culture of violence toward one in which we may all live safely and freely into the fullness of whom God uniquely created us to be. The violence of slavery, manifested in human trafficking, tragically stifles that safety and freedom for millions around the world […]

Episcopal Church Presiding Bishop Katharine Jefferts Schori will host an hour-long exploration into the church’s work in Human Trafficking on Wednesday, March 6. Human Trafficking: A Churchwide Conversation will originate from the Chapel of Christ the Lord in the Church Center in New York City beginning at 2 pm Eastern, 1 pm Central, noon Mountain, […]

Human Rights & Peacebuilding We support legislation and policies that protect human rights, prevent atrocities, promote gender justice, and work towards reconciliation around the world. We also partner and work with provinces throughout the Anglican Communion. Featured Actions Peace and Conflict We call on the U.S. government and governments around the world to respect the […]

Dear Friends, As the year comes to a close, we hope that many of you are able to spend some time with family and friends and celebrate Christmas. We also acknowledge that many of you may be confronting pain and loss this season of Advent – loss of loved ones from COVID, addiction and overdose, […]