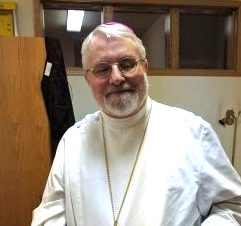 It’s rather good for those who preach and those who hear preachers to step back and remember how Jesus communicated with his disciples and the crowds that followed him. Today’s […]

Winston Churchill once called his political opponent “a sheep in sheep’s clothing.” At least for much of the 19th Century popular art, hymnody and poetry tended to portray Jesus as “gentle […]

From the earliest of times people have told stories about the wicked getting their come-uppance. It’s rooted in the now-popular belief in karma, although the idea of revenge, implicit in […]

Doubt is a complicated matter. It can indicate a critical mind, one that asks questions, and never takes things at face value. The opposite is a gullible mind: one that […]

For most of us, living as we do in a republic, imbued with democratic values, the very concept of monarchy seems remote and eccentric. True, some of us enjoy watching […]

The word on the street is that love is easy. We just do it. We talk about chemistry, and indeed, the scientists tell us that chemistry has something to do […]

In her retirement, some years ago, a woman lived in the English countryside. And from her living-room window, she could see a large hill, at the top of which was the ancient […]

One of the hardest problems we face in hearing or reading the Bible, is that of time. We don’t have time machines, and even if we did, we’d journey back […]

In the gospel we have just heard, Jesus tells a shocking story. Perhaps you didn’t experience the shock? Part of the problem is that many of us have heard the […]

We are good at placing burdens on our clergy. One of the most severe is to expect them to be the chief, perhaps the only agents of parish growth. We […]

We all yearn for peace and quiet, at least some of the time. We live in a noisy, intrusive world to the point when moments of silence may feel terrifying. […]

“What’s in a name?” the Bard asks. At first sight, the title Christ the King seems to us moderns a bit antique. After all, we have just elected a president. […]