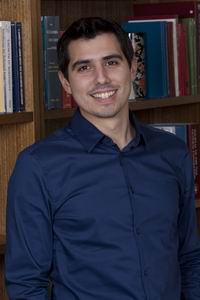 Jason Sierra serves as the Officer for Young Adult Leadership and Vocations as part of the Formation and Vocation Team at the Episcopal Church Center. He and his brother were the church nerds who started the web zine Episcorific in their home diocese of Texas. He now lives in Seattle and freelances as a graphic designer and visual artist.

Hookworm. Largely eradicated in the U.S. for nearly a century, these tiny parasites are one of the leading causes of maternal and child mortality in the tropics and subtropics. Debilitating the immune system, they are a known cause of anemia, and hookworm infections can make the body more susceptible to malaria and HIV. But in […]

A young man decided to plant a church in a southern suburb of Seattle. The neighborhood was marked by lower income and lower educational attainment than the suburbs to the north. His plan was simple: gather, share, explore. Gathered around a table, around a hearth, his small band of friends and neighborhood acquaintances shared their […]

Does not wisdom call, and does not understanding raise her voice? On the heights, beside the way, at the crossroads she takes her stand; beside the gates in front of the town, at the entrance of the portals she cries out That passage from today’s reading in Proverbs invites us to consider wisdom, understanding, and […]

“The word is near you, on your lips and in your heart” This past Wednesday we struck out into the desert spaces alongside Jesus, receiving a cross of ashes on our forehead or on our heart to begin the Lenten season. Ash Wednesday calls upon our humanity. It reminds us that we are but dust […]

What does our culture, our society, tell us about dancing? Does it celebrate it? Does it embrace and expand upon it, helping it to infuse our movements through the world? Does it teach us to inhabit the expressive potential of our bodies, coordinated and rhythmic? Or does it narrow it, relegate it to the back […]

“Discernment” is a word we throw around a lot in the church, most often in regard to ordained ministry. As in “She is in the discernment process” or “I have agreed to be on his discernment committee.” But it is also an essential part of each of our spiritual journeys and our lives as human […]