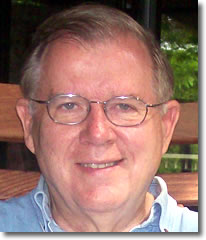 Melford E. Holland, Jr. (Bud) recently retired as Program Officer for Leadership and Ministry Development at the Episcopal Church Center in New York. Ordained in 1968, he has served in various capacities in the Church. While on the Presiding Bishop’s staff, Bud was instrumental in creating Fresh Start, a resource called “Meeting on New Ground: Cultural Diversity in the Ordination Process,”  a Commissions on Ministry Handbook, and the creation of a major review of education and formation in the Episcopal Church (PEALL), among other initiatives. Bud is a graduate of Wake Forest University (B.A.), General Theological Seminary (M.Div.) and Princeton Seminary (Th.M. and D.Min.).

At various points in our lives we need to âstep up to the plate.â As scary as some of these times have been, they usually have been moments that have initiated some transitions in our lives and offered us the opportunity to drawn upon the memories of our early years. The lessons for today lead […]

Our life is filled with endings and beginnings. Today is the last day of the calendar year. Yet we know in the church calendar that we began a new year on December 3rd, Advent Sunday. The federal budget year began on October 1st and many institutions have a fiscal year beginning on July 1st. Sometimes […]