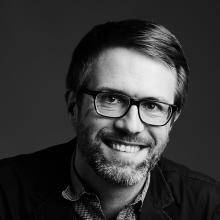 Ryan Wiksell was raised Pentecostal/Charistmatic, first in Oklahoma, and later in Kansas City. A personal call to ministry led him to study music and theology at Evangel University in Springfield, Mo. Doors were then opened for him to serve in various Southern Baptist churches, as he held positions of music leadership and supporting roles in communications and the arts. Ryan married Christina in 2003, and shortly thereafter they pursued a call to plant a grassroots independent church in downtown Springfield, called The Front Porch. After this effort drew to a close in 2011, they sought out a new spiritual family, which they found in Christ Episcopal Church in Springfield. This parish supported them strongly as they became parents to twins Asher and Anya in 2015, and as they began their seminary journey in 2018. Today, Ryan is seeking full-time ministry opportunities as he prepares to complete his Master of Divinity degree in the Spring of 2021.