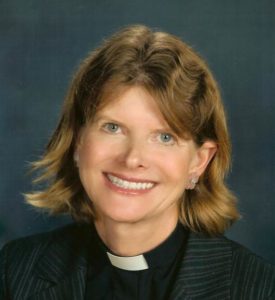 The Rev. Suzanne Watson has served in congregations in California, New Zealand, Connecticut and on the staff of the Presiding Bishop in New York. She is currently exploring a call to medical missionary work, and just completed her first semester of medical studies at St. George’s University in Grenada, West Indies, where she is also serves as  a priest.

Wesley Frensdorff was the bishop of Nevada in the early 1970s. He also served as assisting bishop of Arizona and interim bishop of Navajoland. He was one of the early […]

The architecture of Saint David’s Episcopal Church in San Diego, California, is quite intriguing. From the parking lot, a long, winding path leads to the sanctuary, landscaped with trees and […]

Picture this scene. Thereâs a person we will call âSamantha,â who is a good, faithful Christian. She has attended church most Sundays for about a decade. She volunteers when needed […]

A few years back, the Thompsons were invited to celebrate their fortieth wedding anniversary with their oldest daughter. To commemorate the coupleâs ruby anniversary, their daughter had invited them to […]

James Hewett writes, âGod did not save us to be a sensation. God saved us to be servants.â Todayâs gospel reading provides a remarkable contrast between sensation and servant. In […]

âAnd suddenly from heaven there came a sound like the rush of a violent wind, and it filled the entire house where they were sitting. Divided tongues, as of fire, […]

Collect: Almighty and everlasting God, increase in us the gifts of faith, hope and charity; and, that we may obtain what you promise, make us love what you command; through […]