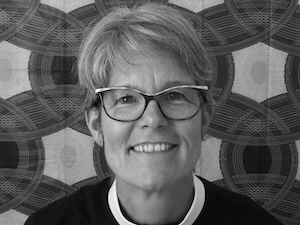 “Come to me, all you that are weary and heavy-laden, and I will give you rest. Take my yoke upon you, and learn from me; for I am gentle and humble in heart, and you will find rest for your souls. For my yoke is easy, and my burden is light.” It didn’t help that […]

[RCL]: Isaiah 2:1-5; Psalm 122; Romans 13:11-14; Matthew 24:36-44 Happy Advent! Today marks the beginning of Advent, the season when we prepare for the coming of Christ, a season when we hear again the Churchâs emphasis on hope and future. Part of what we do during this season is to prepare to celebrate the coming […]

The voice of one crying out in the wilderness: Prepare the way of the Lord, make his paths straight. What MapQuest had indicated was a real road was, in fact, a road under construction. He should have known, the man sighed to himself. When he had turned onto the road and left the main highway, […]

Jesus said, âI am the bread of life. Whoever comes to me will never be hungry, and whoever believes in me will never be thirsty.â A widower had some raspberry bushes. The first summer after his wife died, a woman from his church asked if she could come over and pick raspberries. She knew he […]

Of today’s gospel lesson, Frederick Buechner, in his book Peculiar Treaures, wrote: “She struck the angel Gabriel as hardly old enough to have a child at all, let alone this child, but he’d been entrusted with a message to give her and he gave it. He told her what the child was to be named, and […]

Here we are, on the fourth Sunday of Advent. Christmas Eve is just around the corner. Ready or not, itâs just about time for the Christmas story, told by carol, by pageant, by Sunday school children in bathrobes and tinsel halos. And when we say âthe Christmas story,â we usually mean Lukeâs version of the […]

âJust looking, thanks.â When a salesperson in a store approaches us to see if they can be of assistance, we may say these words to keep them at a safe distance: just looking. Weâre interested, but not willing to commit; curious, but donât want someone pressuring us into making a purchase. Just looking, thanks. Zacchaeus […]

God is deeply in love with each of us. Not just humanity in general, but each and every person. To make this truth about God plain, Jesus tells two parables, about a lost sheep and a lost coin, and about how their owners searched and searched until they found even just one that was missing. […]