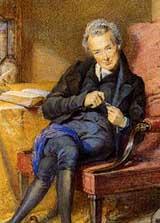 Rite I:
Let thy continual mercy, O Lord, enkindle in thy Church the never-failing gift of love; that, following the example of thy servant William Wilberforce, we may have grace to defend the poor, and maintain the cause of those who have no helper; for the sake of him who gave his life for us, thy Son our Savior Jesus Christ, who liveth and reigneth with thee and the Holy Ghost, one God, now and for ever. Amen.

Rite II:
Let your continual mercy, O Lord, kindle in your Church the never-failing gift of love; that, following the example of your servant William Wilberforce, we may have grace to defend the poor, and maintain the cause of those who have no helper; for the sake of him who gave his life for us, your Son our Savior Jesus Christ, who lives and reigns with you and the Holy Spirit, one God, now and for ever. Amen.

1and the Lord sent Nathan to David. He came to him, and said to him, ‘There were two men in a certain city, one rich and the other poor. 2The rich man had very many flocks and herds; 3but the poor man had nothing but one little ewe lamb, which he had bought. He brought it up, and it grew up with him and with his children; it used to eat of his meagre fare, and drink from his cup, and lie in his bosom, and it was like a daughter to him. 4Now there came a traveller to the rich man, and he was loath to take one of his own flock or herd to prepare for the wayfarer who had come to him, but he took the poor man’s lamb, and prepared that for the guest who had come to him.’ 5Then David’s anger was greatly kindled against the man. He said to Nathan, ‘As the Lord lives, the man who has done this deserves to die; 6he shall restore the lamb fourfold, because he did this thing, and because he had no pity.’

7Nathan said to David, ‘You are the man! Thus says the Lord, the God of Israel: I anointed you king over Israel, and I rescued you from the hand of Saul; 8I gave you your master’s house, and your master’s wives into your bosom, and gave you the house of Israel and of Judah; and if that had been too little, I would have added as much more. 9Why have you despised the word of the Lord, to do what is evil in his sight? You have struck down Uriah the Hittite with the sword, and have taken his wife to be your wife, and have killed him with the sword of the Ammonites. 10Now therefore the sword shall never depart from your house, for you have despised me, and have taken the wife of Uriah the Hittite to be your wife.

1 Hallelujah!
Happy are they who fear the Lord *
and have great delight in his commandments!
2 Their descendants will be mighty in the land; *
the generation of the upright will be blessed.
3 Wealth and riches will be in their house, *
and their righteousness will last for ever.
4 Light shines in the darkness for the upright; *
the righteous are merciful and full of compassion.
5 It is good for them to be generous in lending *
and to manage their affairs with justice.
6 For they will never be shaken; *
the righteous will be kept in everlasting remembrance.
7 They will not be afraid of any evil rumors; *
their heart is right;
they put their trust in the Lord.
8 Their heart is established and will not shrink, *
until they see their desire upon their enemies.
9 They have given freely to the poor, *
and their righteousness stands fast for ever;
they will hold up their head with honor.

31 ‘When the Son of Man comes in his glory, and all the angels with him, then he will sit on the throne of his glory. 32All the nations will be gathered before him, and he will separate people one from another as a shepherd separates the sheep from the goats, 33and he will put the sheep at his right hand and the goats at the left. 34Then the king will say to those at his right hand, “Come, you that are blessed by my Father, inherit the kingdom prepared for you from the foundation of the world; 35for I was hungry and you gave me food, I was thirsty and you gave me something to drink, I was a stranger and you welcomed me, 36I was naked and you gave me clothing, I was sick and you took care of me, I was in prison and you visited me.” 37Then the righteous will answer him, “Lord, when was it that we saw you hungry and gave you food, or thirsty and gave you something to drink? 38And when was it that we saw you a stranger and welcomed you, or naked and gave you clothing? 39And when was it that we saw you sick or in prison and visited you?” 40And the king will answer them, “Truly I tell you, just as you did it to one of the least of these who are members of my family, you did it to me.”