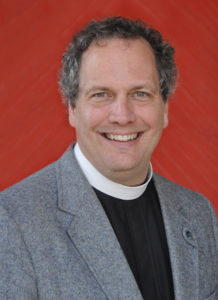 The only goal for the Magi who followed the star to Bethlehem was to find and worship the Christ with all their souls, bodies, and worldly goods. The trek of the wise men as a spiritual journey is captured well by T.S. Elliot’s poem “The Journey of the Magi”: A cold coming we had of […]

Now is the turning of the tide. In our readings for this Ascension Day, we encounter an important shift for those who follow Jesus from being turned inward, focusing on their common life and learning at Jesusâ feet, to that same group looking outward to the needs of the world. In this way, the Gospel […]

There is a popular saying for church signs, âToo Blessed to Be Depressed.â Itâs a nice idea, isnât it? Think about being so blessed by God and knowing it, that you canât possibly be depressed. That is a wonderful thought. Unfortunately, itâs not scriptural. Very seldom does theology do well condensed to bumper-sticker length. And […]

In this morningâs reading from Paulâs First Letter to the Corinthians, we get some of the most beautiful language found anywhere on love. Paul writes: âLove is patient; love is kind; love is not envious or boastful or arrogant or rude. It does not insist on its own way; it is not irritable or resentful; […]

Mary and Martha of Bethany are deep in shock and lost in grief for their brother Lazarus. The sisters had sent word to Jesus that Lazarus was ill. On receiving the message, Jesus had waited two long days. By the time he got to Bethany, Lazarus had been dead four days. “If you have ever […]

The crowd clamors after Jesus for healing. The Great Physician is healing the sick and there are many in search of his healing touch. Yet there is something more going on here than a health clinic or even a faith healing revival. The Gospel of John tells us “A large crowd kept following him, because […]

Peter got it wrong. We shouldn’t be surprised in the least. The gospels have taught us to expect Peter to be the eager disciple who energetically jumps to the wrong answer and is ready to act when listening and learning is called for. Peter sees Jesus get up from the table, take off his outer […]

We encounter two voices crying out from the wilderness on this Second Sunday of Advent. The prophet Isaiah calls, âComfort, O Comfort My People,â and John the Baptist shouts, âPrepare the Way of the Lord.â These stories are joined by more than the prophetic voice. In both our gospel reading and the reading from Isaiah, […]

Our gospel reading is one of those stories from the Bible that makes you want to call for a time out or an instant reply. In fact, if the parable was a football game, at least one referee would throw his yellow flag high in the air. He wouldnât be calling âfailure to wear proper […]

She was a woman. She was poor. These are two facts anyone could tell that day in the Court of the Women in the Temple in Jerusalem. She was also a widow who was down to her last two coins. These are facts that Jesus also knew about her. She was a woman of great […]