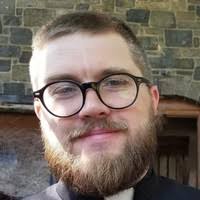 Each of today’s lessons, in its own way, points us toward the strange and wondrous world of eschatology; that is to say that they speak to our questions about the future and about our ultimate purpose, and they address our aspirations for the Church and for the world in Christ Jesus our Lord. Eschatology is […]

“Justification” and the related verb “to justify” are funny words because they can have different meanings depending on the context. In regular modern American English, to justify something (often an action like a big purchase or some bold statement) is to be put on the defensive possibly after being accused. It requires answering the why’s […]

Today many churches will celebrate Good Shepherd Sunday, especially those parishes and congregations that have “Good Shepherd” in their titles. “The Good Shepherd” is a title that Jesus used for himself in a famous section of the Gospel of John in which he declares, “I am the Good Shepherd.” The passage is so meaningful for […]

The Christmas season is a period in which the Church celebrates that God unites God’s self to humanity in the person of Jesus Christ. At the very heart of Christmas is the birth of our divine Savior, Christ the Lord, who is the Word made flesh. As Christians, we believe that the Son of God […]

“All hail the power of Jesus’ name, let angels prostrate fall! Bring forth the royal diadem and crown him Lord of all!” So proclaims one of the great hymns of the Anglican tradition. It calls upon the people of God to worship the Name of Jesus in anticipation of the day when every knee shall […]