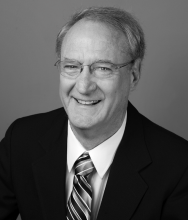 As the twenty-second Presiding Bishop of the Episcopal Church stepped to the pulpit at the Seattle Center Arena on the evening of September 17, 1967, most of the 18,000 laity, clergy, and bishops gathered there had little idea what to expect from their new leader, who was about to deliver his first address to a […]

During Advent some clergy move Créche figures around the church as a way of telling children the story of Joseph and Mary and the shepherds and wise men moving toward the barn in Bethlehem. Imagine a priest adding to the usual mix on this second Sunday of the Advent season to illustrate today’s Gospel. This […]

One traditional analogy for worship in the Episcopal Church is that of a symphony orchestra. The members of the congregation are the players in the orchestra, with many different instruments represented among them. The score is the Prayer Book, and the conductor is the celebrant or officiant, who leads and helps tie everything together. And […]

Put yourself in the Holy Land – 2,000 years ago. Imagine that you are one of Jesus’ leading disciples. He calls you apart from your colleagues to go with him on what turns out to be a great adventure. You start walking, happily chatting, and following him toward the high country. At the start, you […]

In the days before kindergarten gave pupils their first taste of learning, a teacher gave a first grader a gift he would use every day of his life. She taught him to read. The teacher, whose name was Nanny Arbuckle, “loved” her pupils into learning and taught them the joy of school. In a way, […]

There are sometimes movies released that, for one reason or another, do not receive a great deal of advanced publicity or many reviews–good or bad. But when one of these films, against all odds, proves to capture the attention and admiration of audiences who spread the word about its charms, it is called a “sleeper.” […]

Americans love stories. Sometimes we pass along some really important truths wrapped up in a story. Here’s a story–and one with a significant point for us all. My father was a one of those small town story tellers–not beyond stretching the truth a bit to make the tale richer. Let me relate one of his […]

Dealing with doubt is a fundamental fact of human existence — a fact for Christians, even for Apostles, no less than for unbelievers. The classic doubter is Thomas — as we see in today’s Gospel reading. He was the one who was skeptical when the other disciples told him that the risen Christ had appeared […]