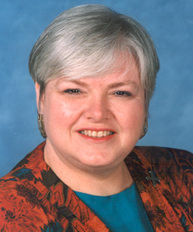 Today’s story of the Rich Young Ruler is one of the most familiar in the gospels. This may be due, in part, to the fact that it occurs in more than one gospel. In addition to Mark’s account, almost identical stories can be found in Matthew and Luke. It is familiarity with all three of […]

Born in 1496, John Colet was an English priest on the cusp of the English Reformation, the son of the Lord Mayor of London. He took an M.A. degree at Oxford before traveling to Italy to study canon and civil law, patristics, and Greek. He belonged to a group at Oxford known as the Platonic […]

Being a prophet has never been an easy job, but Amos had some particular challenges. As a shepherd he lacked the automatic authority and credibility a man of more education, property, and social standing might have expected from his fellow citizens. He also lived in a time of prosperity and a strong sense of well-being. […]

The first sentences of the Old Testament reading will be familiar to many as the opening words of Handelâs masterpiece, The Messiah. ââComfort Ye, Comfort Ye my people,â says your God!â It would be difficult to estimate the millions of people who have heard orchestras, soloists, and choirs proclaiming these words of hope and the […]

This is the Fourth Sunday of Easter, the middle Sunday of the season. And, on this middle Sunday, we find the Gospel reading asking what sounds like a rather curious question for this time in the church year. Consider where we are in the year as we observe it in our church rituals and emphases. […]

God is different from us. Although we are created in the image of God, God, nevertheless, does things that we humans find surprising. We are often puzzled. We find ourselves scratching our heads and wondering, “why did God do it that way? What’s going on here?” This morning’s Gospel is a good example of that. […]

The kingdom of heaven, the one of which Jesus speaks, is not at all like the kingdom in which we live. The truths which guide often run counter to all we assume to be true about many aspects of our life: the order of things, the ways of reward and punishment, the best ways to […]

Hospitality was an important aspect of life for Abraham and his descendents. Life in the tents of that nomadic people required a gracious response to travelers and a reputation for providing a generous welcome for them was highly prized. Note how carefully the writer of Genesis details Abrahamâs response to the appearance of visitors as […]

This Easter season, the fifty days between the Resurrection and Pentecost might be called our time of reassurance. Jesus has completed his mission. He has become man, born of the Virgin Mary, nurtured in the carpenter’s shop, launched in his ministry by turning water into wine at a wedding. He has become a teacher and […]