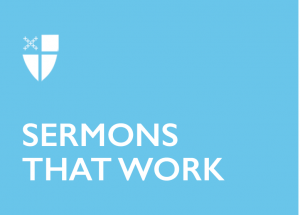 When it was evening on that day, the first day of the week, and the doors of the house where the disciples had met were locked…Jesus came and stood among […]

This sermon is written as an alternative for use on Sunday, September 16, 2001. It may be used in conjunction with the Lessons for the Day or as a topical […]

In Bach’s St. Matthew Passion there is a musical theme that is connected to the time between Jesus’ crucifixion and his resurrection. It is in a minor key but it […]

There Is an Ancient Egyptian Myth…, Ash Wednesday – 1999

There is an ancient Egyptian myth about a bird which regenerates itself by burning itself up. Imagine, the living phoenix literally makes an offering of itself: it carefully builds a […]

Have you had any trouble with darnel lately? It seems to me that this inquiry might bring a big question to our mind. What is it? What does it look […]

The “parable of the sower” is one of the special parables in the New Testament because Jesus interprets it for us himself. A sower went out to sow grain, presumably […]

A seminarian, returning from his weekend duties one Sunday afternoon, gave a lift to a hitchhiker and received a theology lesson in return. The hitchhiker, an older man, asked about […]

In this text Jesus is filled with compassion and then he puts in a prayer request. For those of us who have years and years of life as serious Christians, […]

We believe that what this Gospel text is telling us is that if we want to be one of Jesus’ friends we must be sinners. In fact, Jesus said, “I […]

Jesus as the vine with us as the branches is a very powerful model for the Christian life. It sets things straight as to how we are to be and […]